Check out all our mindful products in the Mudita Store. Check now.

Developing our mobile operating system has been a big challenge in the process of creating Mudita Pure. We came up with a beautifully designed E Ink mobile OS and open-sourced it to fully meet our users’ desire for quality and transparency.

All of the teams were involved in this process. We prepared a list of general functionalities that Mudita Pure should have, and then divided them into particular applications and tools.

We divided them into 11 sections that became the fundamentals for building the main functionalities of Mudita Pure:

For each application, we prepared a separate diagram, which not only showed the functionalities, but also the connections between them and the possible paths that a user could take.

The design team at Mudita needed to prepare a visual representation of all the possible actions and a screen for every step that a user would take. This was a long and complicated process that took into account great usability, technical requirements and our love for beautiful design. Usability testing was also a big part of the design process as we wanted to get feedback as soon as possible.

We tested the E Ink screen and defined the detailed guidelines for further design decisions that would be optimized for this technology. We also wanted the user interface to be intuitive, readable and understandable regardless of the action performed. Our designers were looking for the elements such as the thickness of the lines, sizes of the fonts, or spacing. While testing different styles, using several shades of gray, adding and removing elements, we’ve come to the conclusion that a clear, simple design, using mostly black ink, was the best answer.

We set our expectations high and we now have over 300 screens that meet all of our requirements.

Mudita Center is an additional element of MuditaOS that we’ve been developing simultaneously. It allows us to expand and update the features of Mudita Pure, while using a computer, and keep the phone minimalist at the same time. 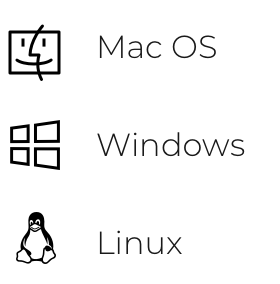 What you can do using Mudita Center

Designed with Pure in mind

Optimized for the device

MuditaOS has been designed to be the best performing, E Ink-optimized operating system that fits Mudita Pure perfectly. Building an operating system optimized for a specific device gave us full control over the hardware and enabled getting the best out of its technical specs.

Every little detail needs to be addressed. We worked on several elements in-house such as: HAL - the Hardware Abstraction Layer between the hardware and the OS, the bootloader, the role of which is to configure the hardware to a level that allows the operating system to boot, a database for storing contact information and messages and a system manager that restores the system after switching on the phone, monitors the system status or performs the initial start-up etc.

The implementation of many services was challenging, especially for the GSM module, which is one of the most complex modules in Mudita Pure. The goal was to create an operating system that is as close to the device as possible, easy to maintain and is not a performance overkill.

Open Source means transparency, quality and cooperation. These values are with us from day one, so we’re proud to give you a fully open operating system and encourage you to become a part of MuditaOS Open Source community!

We believe that open-sourcing MuditaOS goes along the line of our "You're happy - I'm Happy" philosophy. By opening our minimalistic, yet powerful operating system, we're giving our community the ability to take a look inside, tinker with it, and get creative with building new functionalities or customizing MuditaOS according to their needs.

Open Source is also about quality. More eyes and hands on the code equal more bug fixes and stronger code security. We want our devices to serve their purpose as long as possible, so having an Open Source operating system means longevity and sustainability.

MuditaOS is Open Source. Feel free to contribute and make MuditaOS better for everyone, developers and non-developers alike.

In this release, we focused on bugfix. Moreover, we have added basic MMS handling and state refresh when BT automatically turns off.

In this release, we added battery and network status notifications for the Bluetooth Hands-Free Profile. We have added the option to remove all calls from the call list. In Mudita OS version 1.3.0, we have increased Pure's life on battery and moreover improved the stability of the system. We have completed the missing translations for the quotes. Furthermore, we fixed 64 bugs in our system.

In this release, we applied new audio parameters which improved audio quality.

In this release, we added Abc input mode support. We have enabled the ability to choose quotes as locked screen wallpaper. Functionality allows us to add your own quotes or periodically draw them from our database. Furthermore, we fixed 90 bugs in our system.

In this release, we have changed the speaker equalizer settings. We also fixed critical battery issues. We have solved 4 bugs.

In this release, we worked on technical improvements. Furthermore we have solved 13 bugs.

In this release, we have solved 4 bugs.

Sign up for the Mudita Newsletter and receive 10% off your first order.

If you'd like to receive the best stories from our blog, keep up to date with our progress, and get notified about our product releases and special discounts.